On this, my eleventh visit to Poland, I’ve felt at home once again, reconnecting with a lineage that is clearly as Polish as it is Jewish. This sense of connection is much more fundamental than nationality. It is a deep resonance with place – with the powerful presence of earth and trees and sky – a particular stillness that sings its own distinct melody and in its singing holds the essence of all things. Simply by being here, something is reawakened in me. The phrases that express this experience all seem to include the word heart; heart essence . . . awakened heart. 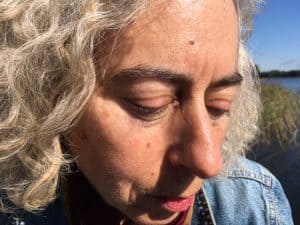 The sense of an inner reunion is the invisible breath that supports me here. Within this awareness I don’t find a particular mission to pursue, just a simple quality of spaciousness and being. But then a question arises. If space has no mission beyond this simple beingness, I wonder:  How does this help? Does my being here, does our being here, contribute in a positive way?

The greatest killing factories that humanity ever produced were here in Poland. Can there be a more potent charnel ground on earth – where death and life have collided so catastrophically – to experience the genuine heart of sadness and sense the condition of one’s connection or trust in basic goodness?

From Warsaw, my friend and I rented a car and drove to Treblinka. The ninety-minute drive took four frustrating hours as we drove into fields and other dead ends. Unfortunately I couldn’t understand the words on the only directional sign within the sprawling village that carries the same name as the camp.

Did they really expect tourists, even a veteran tourist like me, to understand that “Muzeum Walki I Meczenstwa” referred to 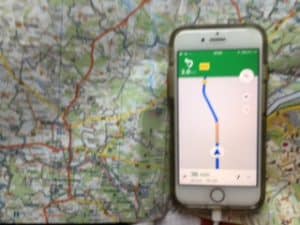 the concentration camp?  A few days later, I learned that those words meant “Museum of Struggle and Martyrdom.” No wonder the tourist guides, referring to Treblinka, say “access by private transportation.” And no wonder it took eleven years (plus four difficult hours) to finally get there.

Unlike Auschwitz-Birkenau, the secrecy of Treblinka’s history somehow continues. From the summer of 1942 to the summer of 1943, roughly 800,000 Jews were gassed as part of “Operation Reinhard,” the Nazi code name for the complete annihilation of European Jewry, and one of three concentration camps dedicated to this single-minded mission. On August 2, 1943, after an armed insurrection by its inmates, the camp was dismantled, liquidated and the area plowed and planted over. To this day, the precise details and location of its killing apparatus are not entirely known and are still being investigated by researchers.

But the journey was worthwhile. To my surprise, Treblinka’s memorial was the most powerful Holocaust memorial I have visited: a mandala of

17,000 irregular boulders surrounding one monolithic stone monument, like a symbolic Jewish cemetery. All one has to do to enter the power of 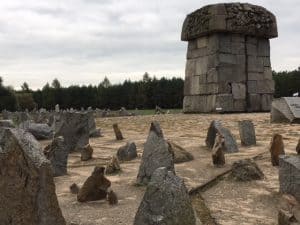 the place is to walk very slowly among the stones – not relying so much on the eyes, as we usually do, but on the physical presence that the stones exude and the care given to their arrangement. 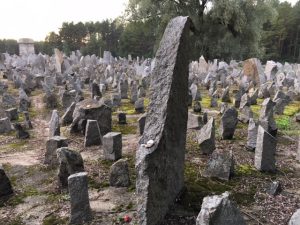 For me, the absence of the dead was met or held by the stones’ presence, and I was held there with them.

That night, in the darkness, my friend and I finally found our peaceful guest house near Tykocin, on a dirt road in a village called Kiermusy. The next morning, in the misty sunrise, my heart was filled with the gentle spirit of beauty and goodwill. 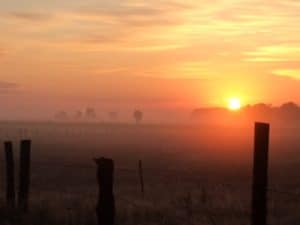 Within this peaceful quality of being, there is a natural impulse to look around, a desire to open and extend outward. Appreciating others, one smiles and says hello and suddenly a new bridge of connection is made. New friendships become strangely potent and full of meaning, as well as old ones. Is there anything more important in this flicker we call a lifetime?

But back to my question:  If space has no particular mission, just this simple quality of being and openness, then how does visiting a place like Treblinka . . .  bearing witness to what happened there and sharing these thoughts help?

I’d love to hear your ideas and thoughts. 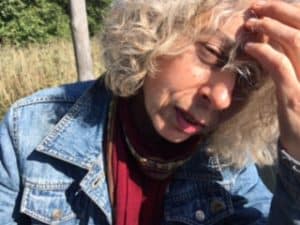 ← Tribal Borders
In Search of Magic at the Borderland →

10 Responses to Treblinka and the Ground of Basic Goodness